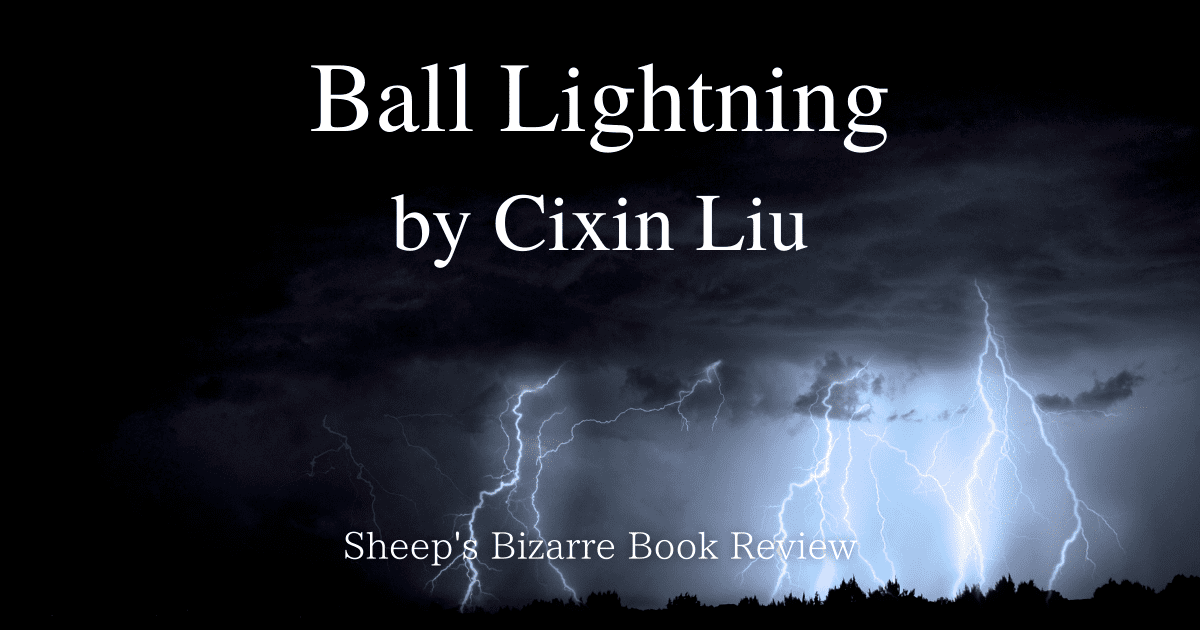 The story is a prequel to Three Body Problem, Liu’s Hugo Award winning work. Ball Lightning revolves around a scientist who is fascinated by the mysterious phenomenon known as ball lightning and a heroine who is obsessed with utilizing ball lightning as a weapon.

The novel is set in China and the protagonist is the young scientist named Chen *1 On the night of his 14th birthday, a glowing, electric orb suddenly appears in front of the Chen family. It emits a blinding light, and his parents are incinerated, only to leave intact clothes they had worn.

Years after the horrible night, Chen begins the study of ball lightning that killed his parents. He meets Lin Yun, an army officer who is obsessed with development of new weapon. Chen and Lin Yun start studying ball lightning for their respective purposes. Chen tries to uncover why his parents died while Lin Yun tries to create a powerful weapon from ball lightning.

Previous researchers including Chen's mentor Zhang Bing suggest them withdrawing from ball lightning research. Those researchers had devoted their lives to ball lightning, only to discovering nothing. However, after piles of trial and error, Chen and Lin Yun succeed in creating an artificial ball lightning through experiments with a helicopter.

For further analysis, Chen and Lin Yun add Ding Yi, an odd but excellent physicist, to their research team. Ding Yi reveals the unexpected secret of ball lightning and his discover shows that it is possible to utilize ball lightning as a terrifying weapon. Lin Yun immediately establishes a special unit to handle the ball lightning weapon and names it “Dawnlight”.

Meanwhile, the war begins between China and its adversary *2. Aircraft carrier of PLA (Peoples Liberation Army) is sunk by the enemy's new weapon and Lin Yun propose the military executives to use the ball lightning weapon. PLA accepted her proposition and put Dawnlight in actual combat ...

What is ball lightning?

Though it is not widely known, ball lightning exists. Its existence is not fiction.

As shown in this video, ball lightning is a phenomenon in which glowing, electric orbs float in the air. It usually occurs when it is stormy. Since there have been very few reports of sightings, the mechanism of this phenomenon is still unknown.

In the story, a unique hypothesis about the nature of ball lightning is shown by Ding Yi. It may be felt nonsense if you want this novel to be strictly realistic, but this sci-fi like setting is one of the interesting points of Ball Lightning.

There is her tragic past behind Lin Yun's obsession with new weapon, but even so, I felt something weird about her attitude toward ball lightning research. With no hesitation, she prioritizes the development of the weapon over the further research of ball lightning itself. As soon as Ding Yi discovers the mechanism of ball lightning, she establishes ball lightning weapon force. While reading, I had been feeling that she is too hasty.

Lin Yun's unusual obsession has something to do with Chinese military research during the Cold War. Following the U.S., USSR, U.K. and France, Chinese government successfully conducted a nuclear test in 1964. With the atomic bomb in hand, they set its next target on missiles. From the late 1960's to 1970's, China had been developing the manned spacecraft project named Shuguang-1.

In Chinese, Shuguang (曙光) means dawnlight, it is the same as the name of the unit Lin Yun established. It is obvious that Liu connects Lin Yun's attitude toward ball lightning with China's enthusiastic military research during the Cold War. *3.

As soon as nuclear fission was discovered by Otto Hahn and Fritz Strassmann in 1938, the U.S. started Manhattan Project for fear of Nazi Germany would develop an atomic bomb earlier than the Allies. *4 There is not much difference between their fear and those of Lin Yun. At first, I thought Lin Yun is someone like a mad scientist, but later I realized that she is not. Obsession toward weapon development like Lin Yun had common as far as the war exists in this world, though her obsession is a little special in that it is based on her personal affairs.

It’s not only about wars and weapons

Although Ball Lightning is said to be a military science fiction, the story is not all about wars and weapons. The first half of the story is about the researchers who devoted their lives to ball lightning. The record of efforts previous scientists made is moving. There is also love romance. The end of Chen's love story shown in the last chapter The Quantum Rose is romantic and unique to this novel.

This is a Japanese version.

*1:The story is told in the first person by Chen, so his first name is never revealed. Chen is usually called "Dr. Chen" in the story.

*2:Liu never reveal which country the “adversary” is in the story.